Crafting with Angelina fibres and film

Last week we looked at peel-offs and in our newsletter we invited our crafty friends to send in examples of cards they had made using peel-offs which we would put on the website. Thank you to Trish who sent in three lovely cards, now so very happy to have a 'Customer Gallery'. You can get to the Customer Gallery by clicking here or go to the Home page, scroll down, and click on the box that says Customer Gallery.
Now a look at another product which you may have hidden in your stash... Hot Fix Film and Fusible Angelina Fibres. Originally developed for the textile industry, Angelina Fibres are ultra-fine synthetic fibres which reflect and refract light giving a beautiful shimmering effect. Hot Fix film is the same material as Fusible Angelina fibres in a sheet instead of fine threads.
Hot Fix Film and Fusible fibres can be used separately or mixed together.
You'll need a hot iron, silk setting with no steam and parchment paper. Don't forget the parchment paper or baking parchment which is used to protect the fibres while heating!
Fibres only - die cut 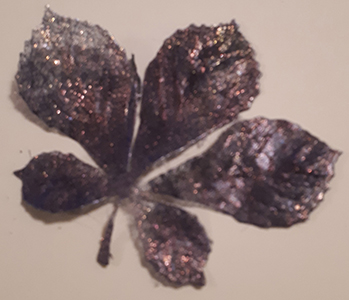 Tease out the fibres, single colour or a mix of colours, into a layer on a piece of parchment paper. Cover with parchment paper and heat set with a hot iron. The layer will need to be fairly thick if you want to die cut it so add more fibres and set with the iron if necessary. When die-cutting, place a piece of cardstock over the fibres on the die to help with the cut and also the release of the die cut.
Film only - die cut and film only - dry embossed 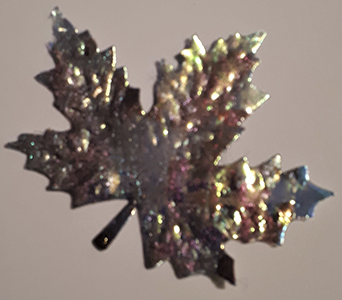 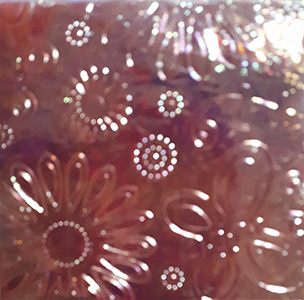 Layer 2 or more pieces of film, single colour or a mix of colours, on a piece of parchment paper. Lay the pieces at different angles to get the best effect. Cover with parchment paper and heat set with a hot iron. The resulting sheet can be dry embossed, die-cut or used as it is as background.
Film and fibre mixed - die cut 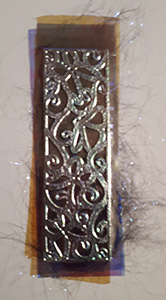 Add fibres, glitter, gilding flakes, feathers or fabric scraps on top of layers of film and then lay another piece of film on top and cover with parchment paper. For this example I decided to use the Couture Creations GoPress & Foil to heat set it and then used a cutting die to emboss it rather than cut it. It was very easy to get good reults and I think very effective.  However, you can of course still use an iron and the resulting sheet can be dry embossed, die cut or used as it is as background. The left hand picture is the reverse side of the right hand one.
Fibre and film heat set over a stamp 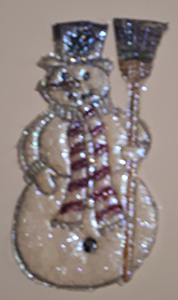 Ink up your chosen rubber stamp with Staz-On ink. Please note, although we have used our Sleek Design stamps for this process some clear polymer stamps could be damaged, or the image quality affected if doing this technique. Even if your polymer stamps appear to be ok after using we do not recommend repetitive use.
Make sure the stamp is inked well then lay fibres, film or a mixture on top. Cover with parchment paper and heat set with a hot iron. You should be able to see the stamp impression when it has sufficiently bonded. The left hand picture shows stamping with fibres and the right hand one with film.
Keep any scraps and trimmings as they can all be used and reused. Waste nothing! 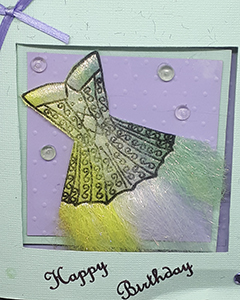 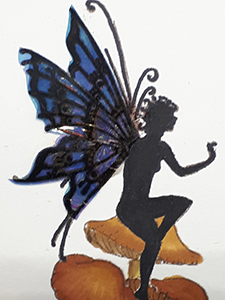 Here are a couple of images to give you an idea of what they can look like although they are exceptionally difficult to photograph as they change colour as you move them. If you have used them in the past, then you'll know what I mean. If you haven't used them before, then you are missing out on a real delight, so get some and play.

We use cookies on our website. Some of them are essential for the operation of the site, while others help us to improve this site and the user experience (tracking cookies).

You can decide for yourself whether you want to allow cookies or not. Please note that if you reject them, you may not be able to use all the functionalities of the site.